Head of The Howard School Announces Retirement in 2022 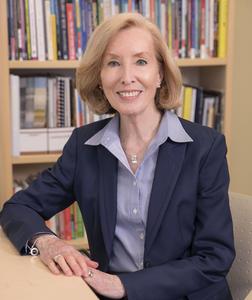 The Head of The Howard School, Marifred Cilella, announced last week her plans to retire effective June 30, 2022, at the end of the 2021-2022 school year.

“Over these many years under Ms. Cilella’s leadership, The Howard School has remained true to its core mission, and continues to be the only K-12 language-immersion school for students with learning differences in the City of Atlanta,” said Board Chair Steve Young.

Ms. Cilella joined The Howard School as Head of School on July 1, 2005. Under her leadership, The Howard School has experienced a tremendous amount of physical growth, beginning with the transition from the previous location on Ponce de Leon Avenue to the school’s current location on Atlanta’s westside, to the latest and very successful $14.3 million Opening Doors Capital Campaign. An expanded campus, including two new facilities—the Young High School and the Marifred Cilella Student Center— have provided the physical structure that gives each student the true experience of a comprehensive school. “I know that every time anyone is on the campus they can look to the center of it and see the Marifred Cilella Student Center (The Fred), a tribute to a great person with a warm heart who truly cares about everything that is The Howard School,” Mr. Young said.

“It has been a privilege to lead, serve, and be a part of such a talented and passionate community,” said Ms. Cilella. “Together we have remained committed to our mission to provide a Howard School education to as many children with language-based learning differences as possible.”

Mr. Young said a national search will be conducted for a new Head of School.